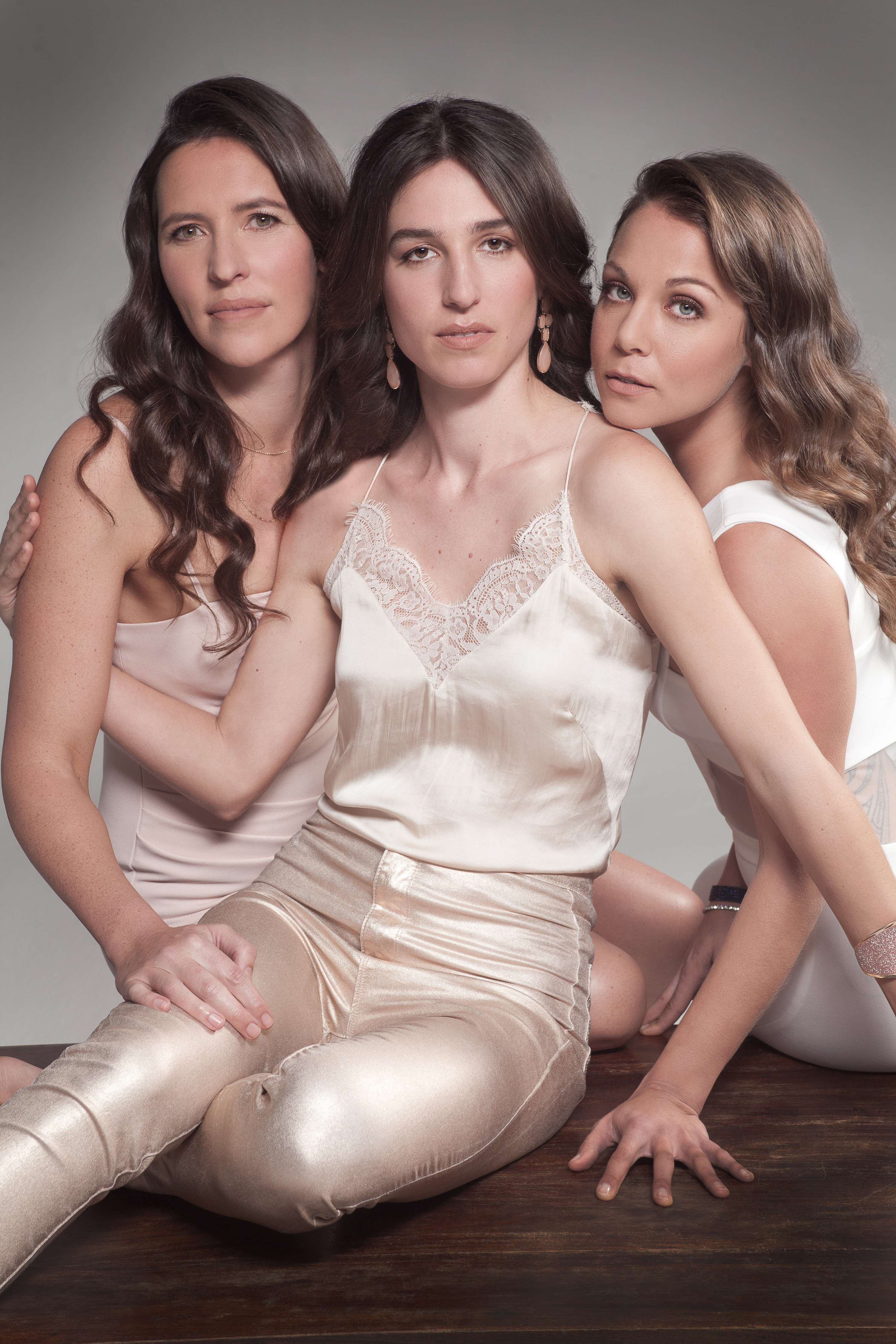 Known for changing the face of instrumental music in South Africa and beyond with their extraordinary fusion of virtuosity and fresh beats, Sterling EQ boasts four successful releases, three major music awards, over 1500 live performances across 15 countries since 2007, and tens of thousands of followers worldwide. They have performed for live audiences of up to 40,000, and on live broadcasts to millions of global television viewers.

The multiple award-winning instrumental pop group is lead by celebrated flautist Carina Bruwer who is also well-known for her record-breaking marathon swimming feats, and joined by other Classically trained virtuosos with dozens of awards, degrees and distinctions between them, who share a passion for the latest beats and pop sounds.

15 years in the industry and we have countless beautiful memories, performed to tens of thousands of people, and gathered some more stats that we are quite proud of!

Career highlights include winning an SA Music Award in 2011, a 2013 Ghoema Music Award and a 2013 Huisgenoot Tempo Award, signing a major record deal with EMI South Africa in 2011, performing at top events like the SAMA Awards Show, the FIFA Congress Opening Ceremony and Official World Cup Banquet (2010), the World Travel Awards in India, Dubai, Durban and Johannesburg, SA Idols 2011 (guest artist), the IPL 2009 Opening Matches and the Cape Town Stadium launch and numerous private and corporate parties, events and showcases. Other memorable career moments include collaborating with the likes of Boney M, Dave van Vuuren and Loyiso Bala; sharing stages with artists such as Snow Patrol, Carole Samaha and Lira, and performing in front of celebrities like Elton John, Liz Hurley, Annie Lennox, Lance Armstrong and Dr Robert Rey, amongst others.

Further international recognition include playlisting on international satellite channel CMusic TV, being chosen by The Guardian (UK) as one of its “Musical Movers and Shakers” from across the Globe in its “March Best Music from Around the Map”, and song submissions from top international songwriters and instrumental music producers, including Tony Hiller and the celebrated Mike Batt. 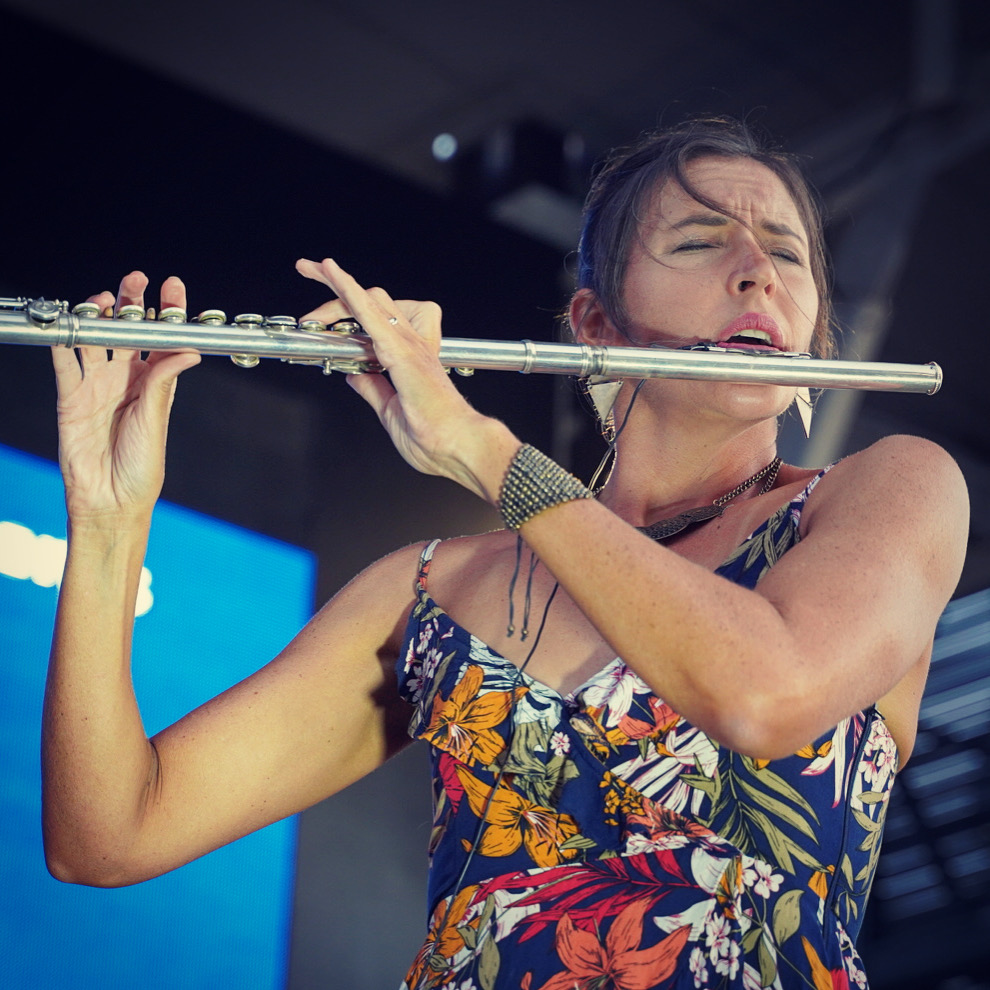 Classically trained turned Jazz-and-world flautist Carina Bruwer is praised far and wide for her phenominal technique combined with her idiosyncratic improvisation skills and soulful interpretations rarely associated with this instrument.

A busy all-rounder who is also known for her entrepreneurial skills  as well as her powerful motivational talks, Carina founded Sterling EQ in 2007 and has lead the act musically since then; managing the releases as executive producer, producing and directing music videos, handling styling concepts marketing and media.

A number of phenomenal Sterling EQ electric violinists, electric cellists, and even electric harpists are available to join Carina at events, depending on event detail and location 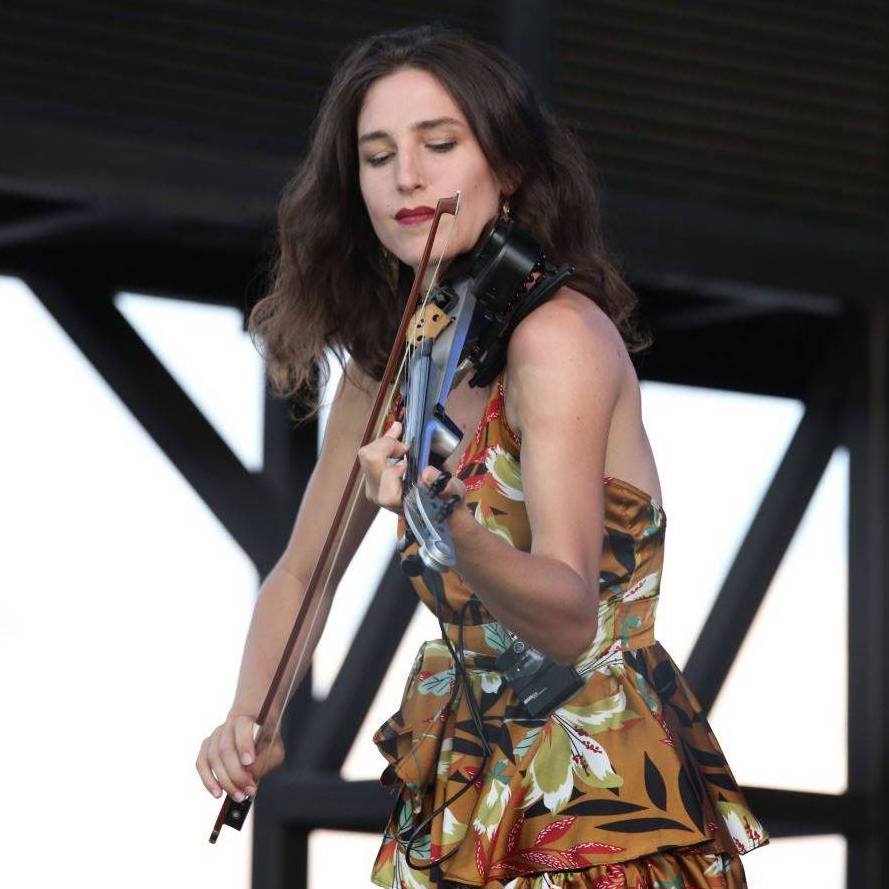 Ace violinist Luca Hart does not only leave audiences in awe with her Grappeli-inspired solos, she is also a gifted composer and producer

Dynamic cellist Ariella Caira also boasts an acting degree. With a solid Classical training and years of experience in improvisation, Ariella contributes far more than mere bass lines; the cello is an integral part of the melodic and harmonic makeup of SEQ

What the media is Saying

“a sparkle of rhythmic ingenuity and musical variety”